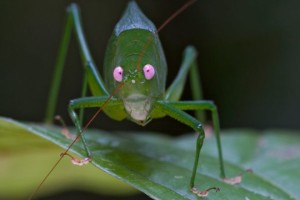 Piotr Naskrecki hunts katydids with sound. The insects are masters at blending in with their environment, especially at night when they’re most active. So entomologists like Naskrecki, a researcher at the Museum of Comparative Zoology at Harvard University, trace the katydids through the darkness by their calls, using special equipment to translate the high-pitched chirping into sounds detectable by the human ear.
His work paid off: Naskrecki and David Rentz found at least 20 new species! This group, which is restricted to the forest’s canopy, is very difficult to collect, and thus virtually unstudied. This pink-eyed Caedicia probably feeds on flowers of the forest’s tall trees. 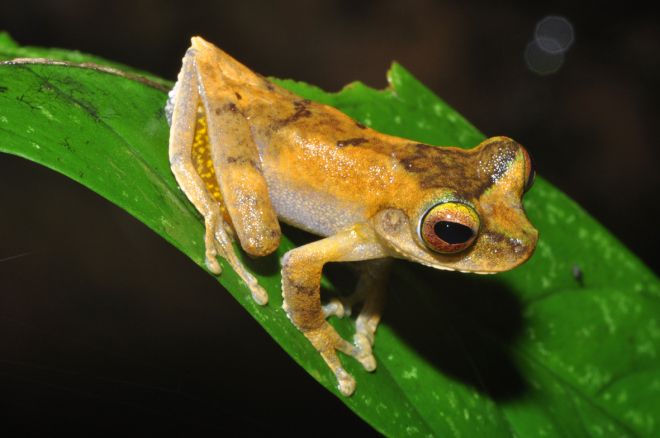 A beautiful member of the Litoria genimaculata group, this frog has extremely variable color patterns and distinct yellow spots in the groin. These colorful frogs were surprisingly difficult to spot during Conservation International’s September 2009 assessment, in the lush foliage along small rain forest streams in the Muller Range mountains where they live. Males were most frequently spotted when they uttered a very soft ticking sound to attract females in the vicinity. 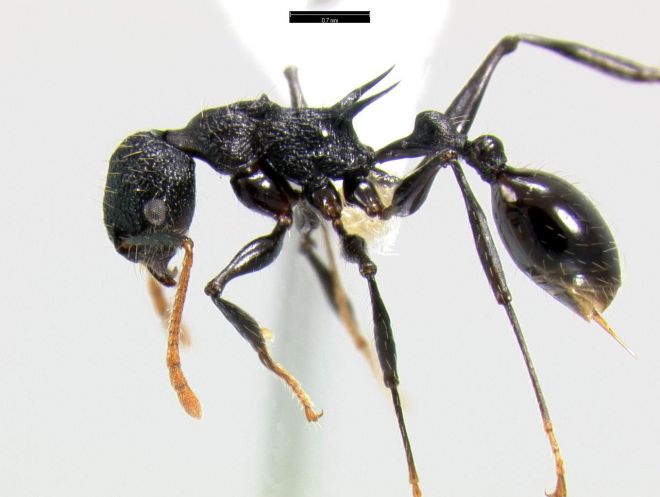 Researchers found only two of this super-spiny new ant species, which represents an entirely new genus. The worker ants were found in the canopy of a fallen tree at mid-elevation (1600m); entomologist Andrea Lucky suspects that this group of ants live up high in trees. The ants that live in tree canopies are hard to reach, and therefore little studied. Because this species is unknown, and quite different from any other known genus of ants, Andrea and colleagues are currently using its DNA to determine the placement of this ant species among its closest relatives. 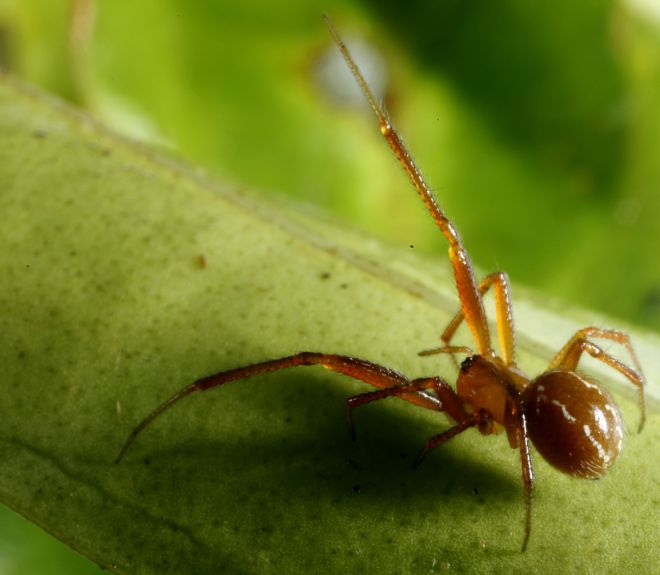 A new species of Anelosimus from the Nakanai Mountains of New Britain, one of four new species of this genus, previously not documented from New Guinea, was discovered in the two Rapid Assessment Program expeditions with Conservation International. The new species include both solitary and subsocial species that seem to have diversified within New Guinea.