There are two bats commonly found in Massachusetts, New Hampshire and Southern Maine, the Little Brown Myotis Bat (Myotis Lucifugus) and the Big Brown Bat (Eptesicus Fuscus). Both bats are usually found in attics, barns and other hot, dark places.  These bats both have short, soft fur that covers their brown head and body and darker brown wings.  The body of a little brown bat measures 4½ to 5½ inches long, including the tail, and has an 8½ to 10½ inch wingspan. The big brown bat’s body ranges from 5½ to 8 inches in length with a 12 to 11¼ inch wingspan. 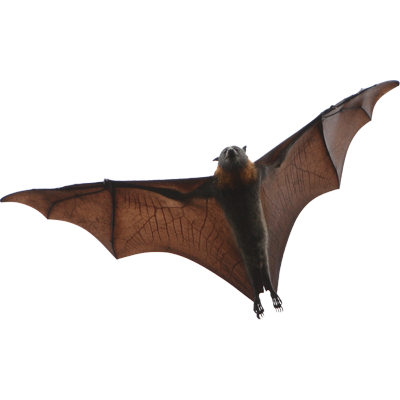 These bats are insectivores. Insectivores will feed primarily at night, catching thousands of mosquitoes, moths and other night-flying insects while in flight. It is estimated that an individual bat can eat 600 insects per hour and many of these are insects that people regard as pests.

Bats that enter areas occupied by humans usually do so unintentionally through an open window or door, or even an opening from an attic or wall where a colony may be living. A bat indoors is not necessarily a sick bat; it may be a young bat who tried to follow its mother outside and took a wrong turn or it may have followed a moth or mosquito through an open window.

Bats are found during the spring and summer months in New England.  Rarely, a live bat will be found on the ground outdoors or possibly flying around indoors in the cooler seasons. No one should assume the reason it emerged from hibernation so it is best to leave it alone and contact A1 Exterminators wildlife experts to handle the situation. If a bat has been infected with rabies they can transmit the disease just by contact, do not try to remove a bat with out professional help.