With spring comes new life, and with that new life comes risks. Ticks, mosquitoes and fleas are already out in droves, and after a particularly mild winter some Southern Tier medical professionals said there will be more of them then usual.
“We had a mild fall, a mild winter. People were going out for long walks and coming in with tick bites because as soon as you get a warm da 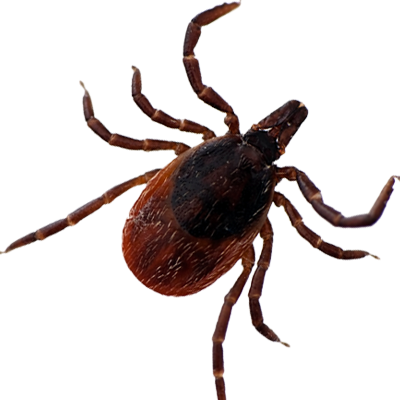 y they are out. So the tick population that burrows, they just didn’t die,” said Marita Florini, a nurse practitioner and doctor of nursing practice with a focus in internal medicine at Lourdes Hospital in Binghamton.
Aside from the fact that these creatures bite humans and suck their blood, they also can pass along a whole host of diseases such as Lyme disease, Rocky Mountain spotted fever, cat scratch fever and the West Nile Virus.
Every bug is coming back now, because all insects are emerging. From the bees to the mosquitoes, spring brings new life and that includes bugs.
However, people need to be wary of insects that can carry disease.
Different species carry different types of disease, the three main species of tick we worry about are the black-legged tick or deer tick, the American dog tick, and the lone star tick. Those are the ones that carry diseases of the most concern to us right now, including Lyme, which only deer ticks carry. Rocky Mountain spotted fever is carried by the dog tick.
Ticks feed on blood, and there are lots of types of ticks, only a few of which feed on human blood. Ticks will be active as soon as it is 50 degrees out, so if it’s over 50 you can get a tick any time of year.
Florini said that the most prevalent concern related to ticks is Lyme disease.
“Lyme disease is caused by a bacteria transmitted by the tick while it burrows into your skin. Once the infection is in the body you may begin to have symptoms. So early symptoms might be that you might be that you have a bit of a headache, some joint pain, it can be like the flu. Some people get a little temp or a rash,” Florini said.
The rash that is most indicative of Lyme is a bullet rash, which includes a clear or white dot surrounded by red skin. If found early, a course of antibiotics can knock out the bacteria in roughly six weeks, but if left unchecked, it can lead to a host of problems.
“In rare cases, you can get some neurological or cardiac symptoms. Some people get Bell’s palsy, where one side of their face droops and you think they had a stroke but instead they have disseminated Lyme. So if left untreated you can have these things and it can be deadly for people with weak immune systems,” Florini said.
Florini said ticks are widespread in the Southern Tier. “We get people that we see multiple times every year for tick bites,” Florini said.
Florini said that while not as prevalent several years ago, Southern Tier residents should still be aware that mosquitoes might be carrying the West Nile virus.
“Symptoms of West Nile are mostly like the flu, and again can be deadly for people with weak immune systems,” Florini said.
The Southern Tier is not now considered within the range of the mosquito that carries the Zika virus according to the Center for Disease Control, but the situation will be monitored closely by both federal and state agencies
When it comes to prevention Florini said it is best to assume that if you spend time outdoors, you have probably come into contact with ticks.
“Even if you go in your backyard it’s likely you will pick up a tick. All your clothes should go in the dryer on 10 minutes on high before going in the washing machine, and you should take a shower and have someone help you check for ticks,” Florini said.
People also need to be aware of risks to pets.
“Lyme disease is a potentially serious and life-threatening disease for dogs. Fleas can spread tapeworm, and pets can have severe skin reactions from the flea saliva. There are various flea and tick veterinary approved products that offer protection and they should be used,” said veterinarian Emily Duggan of the Broadway Animal Hospital.
Don’t freak out about bugs, don’t bomb your house because you have some spiders, they are not going to hurt you. But when it comes to mosquitoes fleas and ticks self-protection is most important.
Contact A1 Exterminators at 781-525-4825 to schedule a total property inspection for ticks. Visit our website at www.a1exterminators.com for more information.