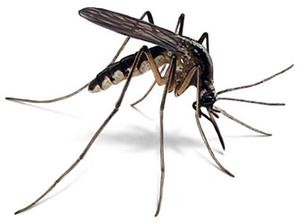 Hamilton to spray for

Hamilton-Wenham —
The Massachusetts Department of Public Health (MDPH) announced that a horse was found positive for Eastern Equine Encephalitis (EEE) in Essex.
As a precautionary measure to reduce the risk of EEE, targeted truck spraying in the area along Essex Street and roads east of Essex Street, in the area along Sagamore Street, Autumn Lane, Moulton Street, Garder Street and roads to the east, will be conducted in Hamilton on Thursday, Oct. 4 between the hours of 6:30 p.m. and 2 a.m., weather permitting.
Residents in the targeted areas are asked to stay indoors during the spraying.
Due to weather constraints, the town website will be updated the following morning to indicate whether the spraying occurred as planned or is rescheduled to the following night.  Spraying is halted when it is raining and when temperatures are below 60 degrees.
Additional steps that can be taken to minimize or avoid exposure when truck spraying is scheduled to take place include:

• People with asthma and/or other respiratory conditions may wish to stay indoors, since it is possible that if exposure to pesticide spray occurred, it could aggravate those conditions. These individuals may want to consult their physician for further advice.

• Keep windows closed and fans off. Shut off air conditioners unless they have a setting for recirculating indoor air.

• Rinse any homegrown fruits and vegetables with water as is typically done before cooking or eating them.

• Keep pets indoors during spraying to minimize their risk of exposure.

• If skin and/or clothes or other items are exposed to the sprayed pesticide, wash with soap and water.

• If the spray gets in your eyes, immediately rinse them with water or eye drops, and call your doctor.

The Hamilton Board of Health and the Massachusetts Department of Public Health (MDPH) recommend that the public take action now to avoid mosquito bites and reduce mosquito populations around their home and neighborhoods.
Hamilton to spray for mosquitoes on Thursday – Hamilton, MA – Hamilton-Wenham Chronicle http://www.wickedlocal.com/hamilton/newsnow/x21084511/Hamilton-to-spray-for-mosquitoes-on-Thursday#ixzz28LesQDsd