“A dog’s keen sense of smell can detect bed bugs in all crevasses quickly while it takes an exterminator hours to perform the same inspection,” says Carl Massicott, owner of Advanced K9 Detectives, in Milford, CT. 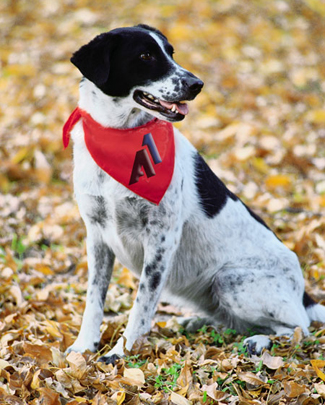 One of A1 Exterminator's K-9 Dog

As reported in the Boston Globe, in the past 5 1/2 years at least ten Boston area hotels have used K9’s, to either rid, control or prevent infestations of bed bugs in luxury and other hotels.  Jury’s, a luxury hotel offering 225 rooms in Boston’s Back Bay, has never had a guest complain of being bitten by bed bugs.  That is because they use Massicott’s service proactively every three months.  If a canine detective barked, after detecting the suspicious scent of the itch-inducing insects or their eggs, the hotel fumigated the rooms and burned the mattresses.
Jury’s isn’t the only hotel to take a proactive approach to bed bugs in Boston.  The Omni Parker House uses the same service.  General Manager, John Murtha, says he is “considering buying special encasement’s for mattresses and box springs to prevent bed bugs from building homes in them.”
Major newspapers in New York and Boston have reported increased incidents of bed bug infestations and last month, The Entomological Society of America held its annual conference in San Diego, and featured three half-day symposiums on the insects.  Three years ago no one at the conference presented any bed bug research.  This year there were 30 scientific presentations on topics like “How bed bugs survive long xeric periods between blood meals”  and “The effect of sex-ratio on dispersal and aggregation behavior of the common bed bug.”
Cleanliness and sanitation are the first steps to controlling the spread of bed bugs.  Recently, however, upscale hotels and homes have reported infestations, which suggests that being sanitary is not enough to control these pesky insects who feed mainly on the blood of humans.  In the 1950’s bed bugs were a problem in the United States, but the widespread use of DDT eliminated the problem.  Since DDT spraying is no longer permitted, bed bugs are back with a vengeance.
Bed bugs usually feed at night when people are asleep.  During the day, bed bugs hide in tiny places.  The hard-to-see critters – only about 1/3-inch long – are white and can easily be carried into hotels and homes by infested clothing, used furniture, suitcases and people.  Under favorable conditions, the female bed bug lays about 200 eggs at the rate of 3 or 4 times a day and newly emerged nymphs will feed immediately.
Dogs, especially trained and certified by the National Entomology Scent Detection Canine Association can search 200 rooms of a hotel in 8 hours.  This makes dogs the ideal inspection tool for detecting and pinpointing sources of bed bugs so that extermination can take place effectively and in a timely fashion.
Proven and trusted, the dogs’ unique ability to smell, has made it an indispensable partner in bed bug detection for homeowners, insurers, schools, hotels, and commercial and government buildings.
Due to their instinctive hunting mechanism, the Beagle is ideally suited for this job, but Labs, German Shepherds, and Bassett Hounds are also used.
A1 uses K-9 detection for verification of elimination.
The same training techniques used for military and law enforcement purposes, is now being adapted to train dogs to search for and find bed bugs. The K9’s keen sense of smell allows them to smell through walls, floors and even underground. This enables them to sniff out the trouble areas quicker and more accurately, helping us exterminate your bed bugs efficiently.
K-9 detection used in hotels and motels give management an additional measure that they have done everything in their power to give their guests the pest free environment they paid for. In case of a lawsuit initiated by a guest that was bitten, management can prove that they made every effort to rid the environment of uninvited guests.
The Institute for Biological Detection Systems (IBDS) of Auburn University in Alabama reported that a dog’s sensitivity limits in their olfactory detection range from tens of part per billion to 500 parts per trillion. Also their ability of discriminating a target scent from a non-target scent are extremely advanced even when the target scent is surrounded by the non-target scent. When properly trained a dog searching for a specific substance can alert to one or two of the substances most abundant vapor compounds. K-9 detection are more than 95% accurate.
Source: Judy Elliot, Boston Dogs Examiner
Previous/Next
Tagged with: a1 exterminator, a1 pest, bedbugs, biting bugs, commercial, deer ticks, dog detection, dog ticks, exterminator, infectious, infestation, insecticide, irritation, itchy, Massachusetts, Massachusetts coastal areas, pest control, summer, summertime pest