Ticks and mosquitoes have become common vectors for illnesses ranging from the mild to lethal. Since weather warmer, contact between humans and these insects increases. Impact: Knowing how to avoid contact, ward off infection and recognize symptoms can reduce the serious, long-term health impacts of tick- and mosquito-borne illnesses.

With warm weather comes health concerns — including illnesses borne by creatures great and small, from mammals to ticks and mosquitoes.

We’re out and about, and so are they, leading to risks for humans as well as for animals.

Dr. Catherine Brown, state veterinarian with the Department of Public Health, said there are diseases that run a certain course, from early spring to fall. 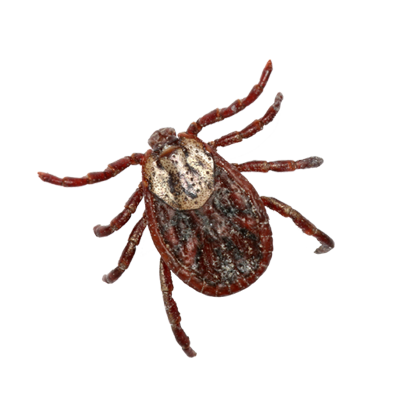 “The way we think about all these diseases, the tick-borne illnesses are by far the most common, and have been increasing over the decades,” Brown said.

Lyme disease is perhaps most familiar, and its chief vector is the so-called deer tick, or black-legged tick.

Two other diseases associated with this tick — anaplasmosis and babesiosis — mainly affect people over age 50. Brown said there has been a slight increase in deaths due to both.

The increased prevalence of tick-borne diseases appears to have more than one factor, said Brown.

“The general consensus is that over the decades, there has been a change in our environment, a man-made change,” she said.

Those changes include an effort to replant forested areas once cleared by colonial settlers. But the vast woodland expanse is now mostly a patchwork of isolated stretches, with human development running through.

There’s not much to love about them, apart from serving as a food source for other creatures. Mosquitoes suck blood, leave itchy welts and in the northeast U.S., carry rare but serious illnesses.

In Massachusetts, the primary concerns for mosquito borne illnesses are West Nile vrus, and EEE, or Eastern equine encephalitis.

“With both tick and mosquito-borne illnesses, those happen every year, with some variation,” Brown said. “West Nile virus has been reported in human patients, but not every year. EEE is a little more intermittent, but certainly something we watch very carefully during the summer.”

Rabies is a purely mammalian illness, meaning people can get it if bitten or scratched by an infected animal. In Massachusetts, rabies began its rise in 1992, chiefly among raccoons.

The disease came with raccoon and then hit the species hard. However, Brown said in time, raccoon began to acquire some measure of immunity. On average, the Department of Public Health, which tests dead animals for disease, reports 100 to 120 positive tests for rabies.

“It’s not like the bad-old days when we had 700 rabid animals.” However, Brown said, “The bad news is that people are sort of less aware of it.” Keeping a healthy distance from wildlife, and vaccinating pets, are the best practice for lowering the risk.

When it comes to wildlife, cutting down contact is key, according to Marion Larson, chief of communication and education for the state Division of Fisheries and Wildlife.

Larson said,“With skunks, raccoons, foxes or coyotes, it’s a food-related situation. Suburban and residential and even urban areas are pretty good places for some kind of wildlife.”

Bird feeders, compost heaps, unsecured garbage and other sources have proven a boon.

“It’s a whole lot easier to procure a meal associated with people than hunting it down on your own,” Larson said.

As a disease that affects mammals, rabies is here to stay, Larson said.

With the raccoon population down, rabies went down, too, and isn’t likely to climb back to its historic levels in the early 1990s.

But, best bet is to vaccinate all mammalian pets, including cats and dogs, against rabies. Rabies can spread to humans from the bite of an infected animal, whether wild or domestic.

In addition to rabies, raccoons can suffer from raccoon roundworm. If there is a sand box or other sanded area on the property, cover it up when not in use. “It can become a great latrine,” Larson said. “Keep those kinds of play spaces covered, so kids aren’t ingesting anything they shouldn’t be.”

Rabies has taken a toll on another species — bats, which serve a balancing role by eating vast quantities of insects such as mosquitoes.

The bat population has been hit hard by white-nose syndrome, a fungal infection. “Some of our most abundant bats have been placed on the endangered species list, due to the disease,” Larson said. Hibernation spots that once harbored up to 14,000 bats may hold only a dozen or so, Larson said.