Rodent Control | Peabody Ahead of the ‘Rat’ Pack 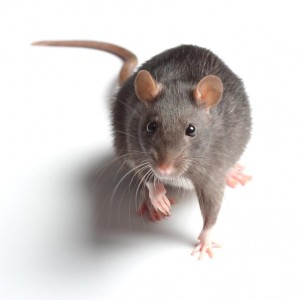 Rodent Control | “Like many urban areas in the Northeast, Peabody is seeing an increase in complaints related to rodent activity,” – Salem News

In fact, the recent rise in rats has become statistically significant. The rodent control industry is expected to grow 5% over the next 5 years. Increased reports of pest-related illnesses and demand for rodenticides are possible indications of increased rat populations. – msn.com

The increased incidences of pest-related illnesses, the increasing population of rodenticides, the increased demand for pest control, and access to natural rodenticides are expected to be the major factors driving the rodenticides market development. The rising prevalence of transmissible diseases such as Hantavirus and Lassa fever, which have ramifications for the environment, wildlife, and humans, has resulted in a substantial increase in rodent populations. – Digital Journal

Peabody is ahead of curve in terms of protecting public health.

“We recognize the potential health and quality of life issues this can pose for our residents and businesses, and we are one of the first communities in this region to implement these innovative approaches.” Reported Mayor Ted Bettencourt’s Office. – Salem News

To combat the ‘rise in rats’, Peabody is supporting street sweeping and sanitizing efforts in its downtown. The town’s increased sanitizing & pest control efforts include: Moreover, the town has gone on the offense, placing several dozen SMART boxes, designed to control rodents. “These boxes kill rodents with an electric current and do not use toxic materials or pesticides.” – msn.com Peabody is also implementing a state-of-the-art non-cruelty rodent control technique to ethically reduce rat populations without killing them…

The city will place 50 Contrapest stations in these high-activity areas starting in early September. These bait products prevent both female and male rats that it comes in contact with from reproducing and does not kill them. – msn.com A1 Exterminators applaud Peabody for putting the health of its citizens first!

For more local pest news, follow us on social media.

Are you dealing with a pest problem? Learn more about A1 Exterminators Pest Prevention Plan here.