Wanted: Dead or – The Spotted Lanternfly is seen in Massachusetts 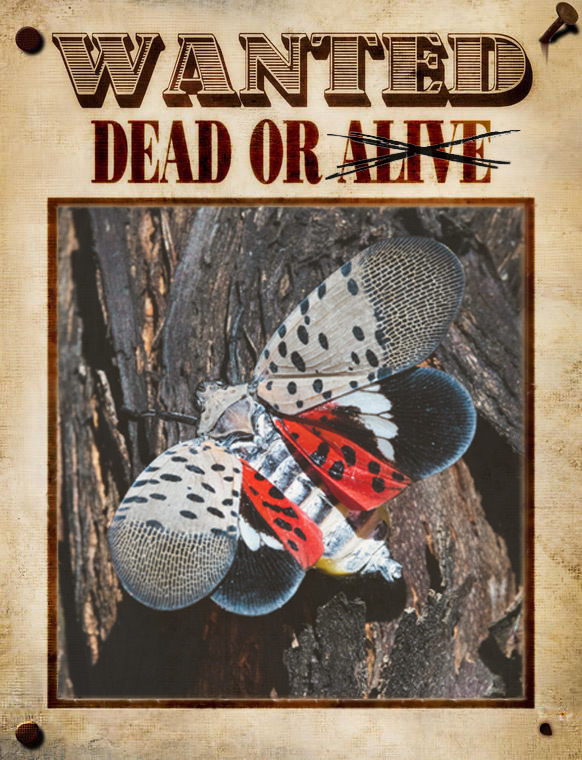 From A1 Exterminators by Josh Thomas

Don’t be fooled by its peculiar beauty, this is one nasty pest! With no known natural predators in North America, the Spotted Lanternfly has free roam for destruction.

How did the Spotted Lanternfly get to Massachusetts?

Spotted Lanternflies are hitchhikers, which makes the risk of them spreading across the state even greater. It’s thought that ‘SLFs’ made their way here from Chinese cargo ships, particularly a shipment to Pennsylvania in 2014 which started the spread.

Up until recently, the Spotted Lanternfly’s presence in Massachusetts was purely speculative. This changed in December 2018, when “a single dead adult spotted lanternfly was found in Boston, Massachusetts.” – massncr.org

Fast forward to the present, and the Spotted Lanternfly had a busy quarantine…

The MA Department of Agricultural Resources announced on 9/28/21 that a small, established, and breeding population of the invasive spotted lanternfly was detected in Worcester County, in the city of Fitchburg. – UMass Amherst

Moreover, to put things into perspective, “The situation has been so severe in Pennsylvania that the state could lose about 2,800 jobs and $324 million annually if the invasive pest is not contained soon, economists from Penn State’s College of Agricultural Sciences have predicted.” – CNN

Ouch! That’s pretty damaging for an insect that doesn’t sting or bite. 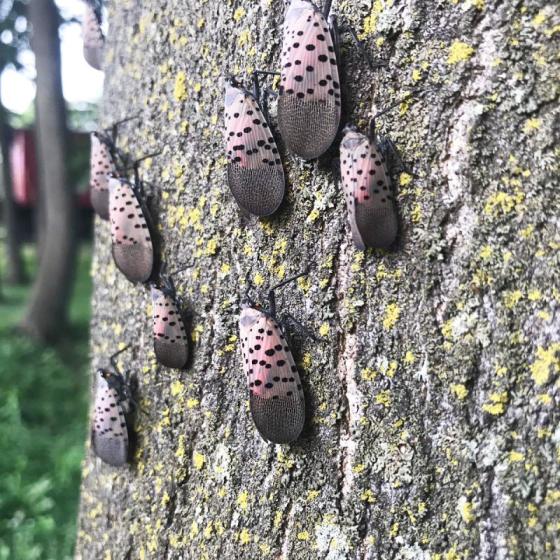 The Spotted Lanternfly is “a voracious sap-sucking insect from Asia that isn’t really a fly, is known to feed on more than 70 species of trees and other plants.” – Yahoo! News

Furthermore, SLFs “suck the life out of many species of trees and plants, including those that people rely on for food and livelihood, such as grapes, apples and hops.”

⚠️ This is why “SLFs” are so detrimental!

How to identify Spotted Lanternflies: (Provided by Amdro)

🐞 Adult spotted lanternflies usually appear with their wings folded like tents above their backs. At rest, these pests measure about 1 inch long and 1/2 inch wide. Adults appear and feed from midsummer until a killing frost in fall. Their pinkish forewings — spotted with black — have a brick-like pattern toward their tips. The seldom-seen black-and-white hindwings have bright red patches with black spots. When extended, the colorful wings span 2 inches. 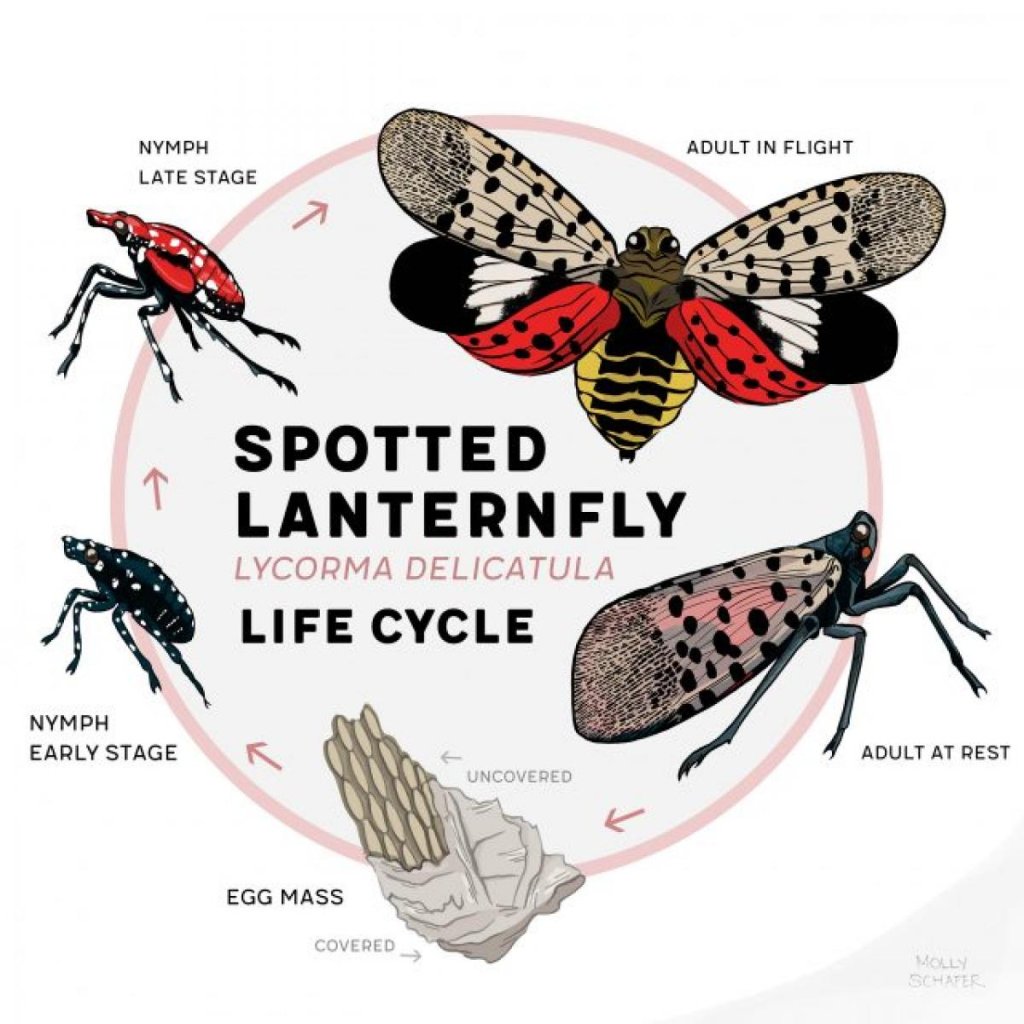 Where have Spotted Lanternflies been seen in Massachusetts?

Check out the SLF map: Are there Spotted Lanternflies in your area? 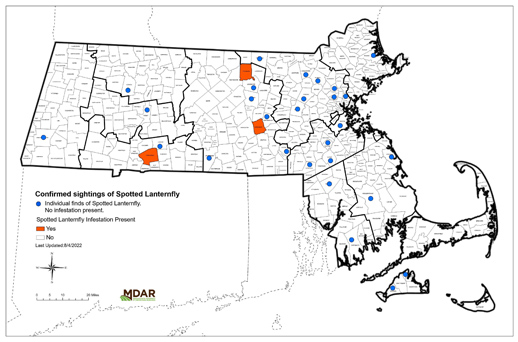 Where are Spotted Lanternflies often found?

The Spotted Lanternfly’s favorite source of nutrients, and nesting spot; a now-familiar tree to Massachusetts, is the tree of heaven. 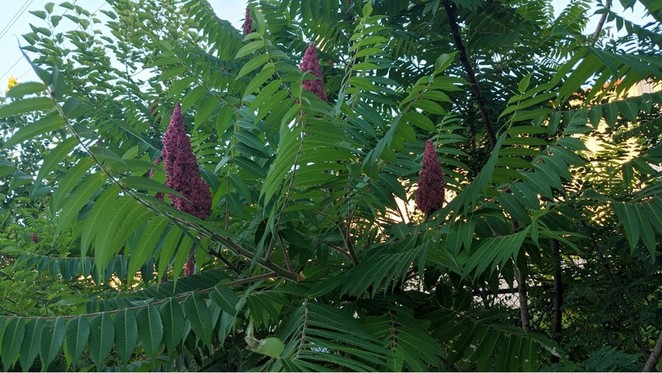 The tree of heaven, itself an invasive plant species, was first brought to Boston from China in 1751 as an ornamental plant. However, because of the tree’s less-than-heavenly behavior, the ‘Ailanthus altissima’ landed itself on the Massachusetts prohibited plant list. 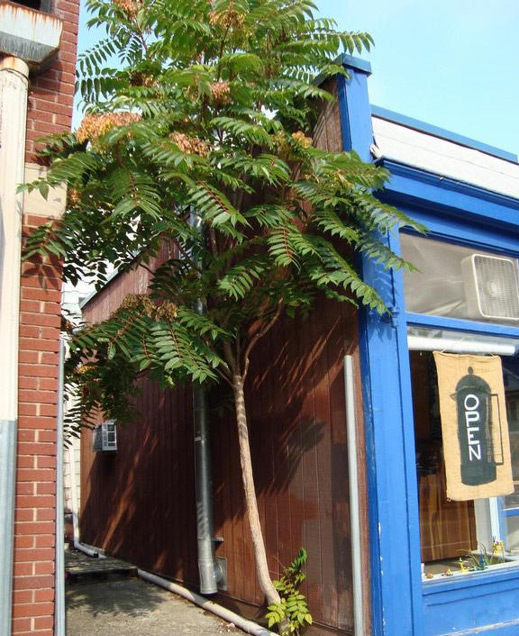 From Invasive Species Council of BC

The tree of heaven is “capable of displacing native trees, poisoning root systems, damaging sewer lines with its roots, and producing sap that can cause heart inflammation.”– Native Plant Trust

So, while you’re at it (mass-murdering SLFs), you might as well kill two birds with one stone (or invasive species in this case)…

In fact, Mass Audubon recommends that the public uproot any trees of heaven saplings in your neighborhood. For larger trees of heaven, when cutting it down isn’t an option, try basal bark treatment in the late winter-early spring.

Most importantly, uprooting tree of heaven saplings serves a double purpose of preserving native flora and infrastructure as well as curbing the spread of Spotted Lanternflies by targeting its primary food and nesting space.

Yes, you should kill Spotted Lanternflies on sight! Stepping, squashing, or flushing will do the trick.

Moreover, be sure to destroy the presence of their eggs on trees, which can look like dried mud. 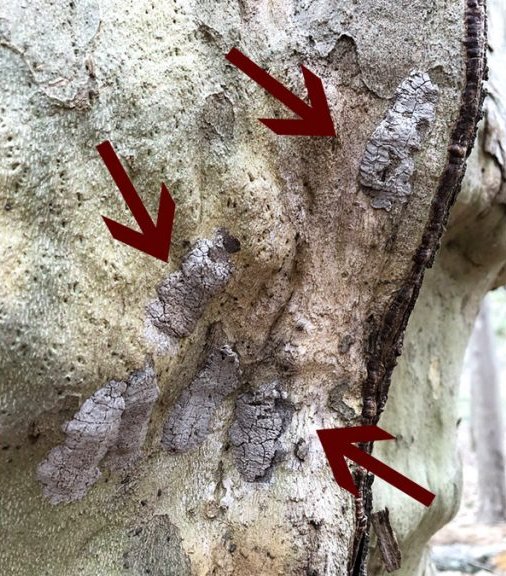 Have you seen a Spotted Lanternfly? 🕵️🐞

If you’ve seen a Spotted Lanternfly or its nest, report it immediately!

Have you ‘spotted’ the Spotted Lanternfly on your property? After you’ve reported the sighting to Mass NRC, give A1 Exterminators a call for a comprehensive pest inspection.

A1 Exterminator’s Pest Prevention Plan is designed to stop all kinds of pests, and prevent them from coming back. “Get out and stay out!”