↓ Skip to Main Content
Home › Insects › Bed Bugs › Anyone can have Bugs…even Celebrities!

Anyone can have Bugs…even Celebrities! 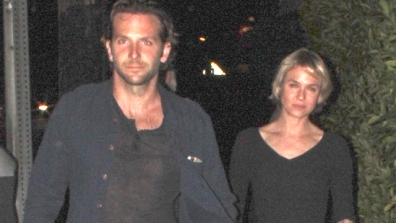 What do these celebrities have in common aside from money, fame and paparazzi camped outside their homes and places of business?

That would be bedbugs.
The blood sucking nuisances have attacked them in hotels, houses, apartments — even their limousines!
Howard Stern announced on his Sirius XM Radio show that he was still “scratching every minute,” but that his apartment in New York City was now supposedly “100 percent bedbug-free.”
Same with his limo, where trained dogs sniffed out even more of the little buggers.
New couple Cooper and Zellweger had to throw out their mattress according to The National Enquirer. “Renee was really creeped out,” a source told the tabloid, adding “Bradley’s been traveling a lot and staying in various hotels, and figures he must have picked up the bedbugs somewhere and brought them home.”
Pop star Lauren Hildebrandt was bit by the bugs while staying at hotels in New York City. “People should be aware of the danger in NYC hotels right now,” she said in a press release, “I couldn’t sleep at night, because I kept thinking they were in my bed.”
While the name of the hotel has not been released, it is suspected to be a luxury chain hotel located in Union Square.
WWE announcer Jeremy Borash tweeted about his attack in late September while staying at a hotel in New Jersey.
“Face got bedbugged in 4star hotel. Inspectors confirmed. Hotel wants me to sign release in exch for compensation. What should I ask for?” Borash said in a post.
And while bedbugs are making headlines in 2010, it’s not a new problem.
In 2006 Saturday Night Live’s Maya Rudolph and her director husband, Paul Anderson filed a $450,000 lawsuit stating that immediately after they moved into a SoHo apartment with their baby, they noticed the bites appearing all over their body. “Apparently unbeknown to the plaintiffs, the premises were infested with bedbugs,” court documents said.
A K-9 Team has helped in an effort to crack down on the parasites. “The dogs are quite helpful in that we can do roughly 35-50 hotel rooms in an hour,” APC president John Russell said.
However, celebrities traveling from five-star hotel to five-star hotel may be at increased risk for the little suckers because “high-end hotels are less receptive to the dogs because they don’t want the prestige of having bedbugs,” according to Russell.
“Rather than facing it and saying ‘oh you know what? Bedbugs are a problem in the hotel industry, and we are taking preventative measures,’ they don’t want the dogs to be seen,” he said.
It’s not just the hotels that put celebrities at risk. Their tendency to buy multiple properties and perpetual-motion lifestyles also increase bed-bug risk.
“Moving trucks are a huge concern,” Jeffrey White, a Research Entomologist for BedBug Central said, stressing that once they move infected furniture, they act as vectors infecting otherwise healthy furniture.
Russell and his staff have gotten phone calls from landlords of apartment complexes where celebrities live, and often the client is concerned about keeping the problem quiet. Plus, “anyone that has any type of notoriety thinks that they should get special treatment,” Russell said.
“The scary part is how fast they are spreading, if you look at New York City’s 311 line, in 2005, they had just over 500 calls, and now they have just under 11,000,” Jeffrey White, a Research Entomologist for BedBug Central explained. “A lot of it has to do with people still thinking this is a nursery rhyme you know, ‘sleep tight, don’t let the bedbugs bite.’”

Howard Stern is totally buggin’.
In addition to having his $5800 a night resort suite infested with ants over the holiday break, Stern says the kitchen in his Manhattan penthouse apartment is now beetle central.
Wednesday morning, Stern told his satellite radio audience that his wife Beth Ostrosky recently found a colony of dead beetles in a sealed bag of oatmeal from their pantry. Stern said a second container contained live bugs.

Howard Stern says he and his wife Beth Ostrosky were forced to flee their holiday luxury resort vacation when the villa they rented became infested with ants.
“I had the worst g–damn time,” said Stern Monday morning, kicking off his new five year contract by dedicating 30 minutes to his trashing the Parrot Cay resort in Turks and Caicos.
Stern paid $5800 a night for a little time away from the New York City grind in a private 3 bedroom villa with ocean access.
But it wasn’t long before the couple found themselves itching for the Big Apple.  A few minutes after they settled in to relax with some transcendental meditation, they found themselves covered with ants.
“We’re talking covered in ants,” exclaimed Stern. “They’re swimming over you-in a sea of ants–encapsulating you.”
Resort employees apparently attempted multiple fumigations of the property in the hopes they could convince the couple to stay, but new infestations continued to swarm the power couple’s accommodations.
“They’re not even looking like normal ants. If they were normal ants I could handle it. They looked like flying fish,” said Stern.
Liz Brown
Previous/Next
Tagged with: "public health", a1 exterminator, a1 pest, articles, bed sheets, bedbug, biting bugs, blood, Bugs, celebrities, commercial, exterminator, furniture, infectious, infestation, lynn, ma, marblehead, Massachusetts, news, newton, woburn