A little history about house spiders 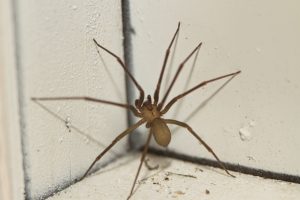 House spiders belong to a small number of species specially adapted for indoor conditions (constant climate, poor food supply, very poor water supply). Some house spider species have been living indoors at least since the days of the Roman Empire, and are seldom to be found outside, even in their native countries (usually Europe). Many of these species now live in houses worldwide, and most have been carried by commerce to more than one continent. Few are adapted to North American outdoor environments.