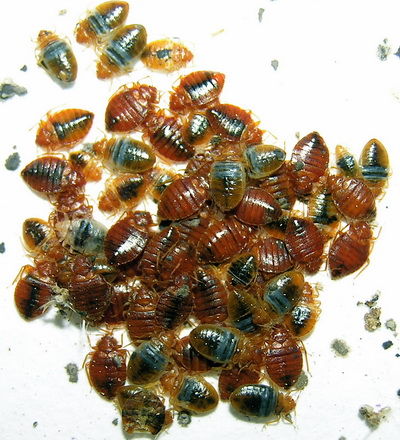 CHICAGO — Throughout 2010, bed bugs were frequently top news stories across the country because of their ability to creep into homes, offices, movie theatres and other public places without much effort. Unsuspecting people who were bit by these hardy creatures were left itching, confused and worried about how to eliminate the pests, often taking extreme measures to deal with the problem.
Brian Hirsch, Director of Protect-A-Bed’s Pest Control Division, works with pest control companies on the front lines of treating bed bug infestations across the country. He has witnessed firsthand and heard numerous stories of people using misguided, and often dangerous, methods for managing bed bugs.
As the year bed bug infestations reached epidemic levels draws to a close, Hirsch has compiled a list of the 10 least effective ways to prevent or eliminate bed bugs in 2010:

Although these examples seem humorous, dealing with an infestation is no laughing matter says Hirsch. “Bed bugs and their aftermath have caused many rationale people to lose the ability to reason,” Hirsch says. “Part of the reason I wanted to put this list together is to show people what not to do, so they won’t try these methods at home.”
Hirsch, who often fields inquiries from friends or colleagues who have concerns about bed bugs, continually tells people to remain calm and to contact a reputable pest control expert to help resolve the problem. “There are no modern, do-it-yourself methods that will completely eliminate bed bugs. Therefore, people should be aware of the signs of bed bugs and choose a pest control expert carefully,” he says.