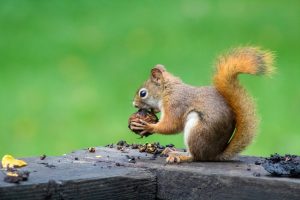 About 25 percent of all squirrels don’t make it past the first year of life. The death rate for squirrels stays high for its first two years of life due to predators, diseases and road accidents. A squirrel that makes it past its first two years can expect to live an average of four to five more years. Female squirrels give birth to an average of two to three squirrels per litter – with two litters per year – but can have up to nine squirrels in one litter. In the U.S., there are multiple squirrel species, but the most common include the eastern and western gray squirrels, red, black, fox and ground squirrels.