Mom of three petrified of rodents struggles with 7-year infestation

Laura Clout has been living with the pests since she moved in back in June 2015. She and her three children can’t escape the rodents despite their best effort, leaving them with no internet, large bills and even affecting Laura’s health.

The 37-year-old is so scared of the creatures that she refuses to leave her bed at night, even for the toilet, causing her to contract a urinary tract infection. Ms. Clout said: “I live in a three-story townhouse and when we moved in seven years ago the property was never finished properly. “There are no solid foundations and holes everywhere. Because of this, mice, and now rats, have been able to enter my home. “Orbit Housing, who own the house, are meant to help and support me but they’re not sticking to their word.” 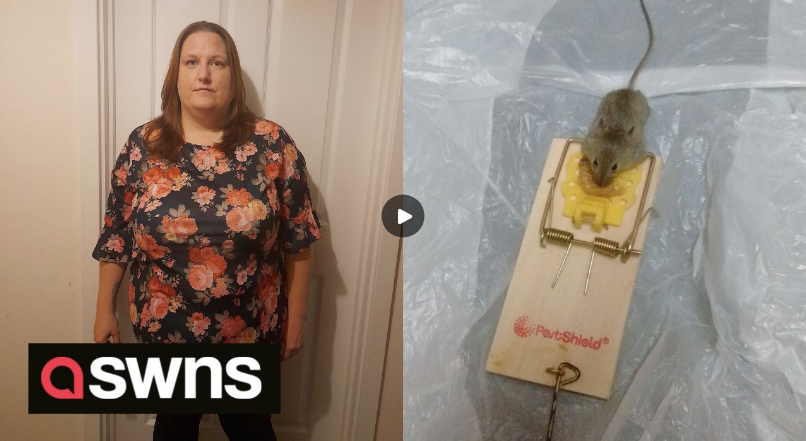 It started during her first night in the house

It started during her first night in the house, still eight months pregnant with her first daughter. She would hear scuttling around at night, and over a couple of months, she found mouse droppings in the kitchen. She eventually found massive holes in the external wall behind her kitchen cupboard, and caught the mice entering through it on a baby monitor.

“Christmas 2016 we couldn’t go downstairs due to the amount of mice and had to open presents in my bedroom. We couldn’t cook and had to go stay with family and hope the traps, bait and sticky pads would do their job while we were away.”

She decided enough was enough and gave the housing association, Orbit, a call to voice her concern. She said: “Nothing was done by Orbit, I was told I was liable to sort mice.” The mom-of-three has spent hundreds on mouse traps and pest control. She said: “It doesn’t matter what I do. The holes around the property mean they just keep getting inside.

“I’m petrified of mice so this is the worst possible thing to happen to me. I have spent so much money on replacing furniture and trying my very best to get rid of them. I was excessively disinfecting my home daily, to protect my three young children. It was distressing for my children as they were scared of the mice but at the same time upset that we had to kill them.”

Why not just move?

She said: “I can’t lie to people, so when they ask me why I want to move I explain the situation. “It’s no surprise that no one else wants to move in.” She added: “It is not just me who has been struggling for seven years to control the mice infestation. It is also six of my neighbors and the two lots of flats on either side of our houses too. The main issue is the structure and foundations of the properties. I’m not having trouble in eradicating the mice, the problem is Orbit Housing not coming out to then proof the house once I’ve eradicated the mice to stop any more being able to come in.”

She claims that Orbit have not returned her calls or offered her support. Mice just walk into my property like it is nothing.” She added: “It has taken years of me chasing Orbit for a response or help, with a majority of calls or emails not returned. I have had to follow the complaints procedures that never have an ending, being on hold in a queue for 30 minutes at a time for them to cut you off and you have to start again.”

The housing association has said that they have been in touch with Ms. Clout. A spokesperson for Orbit said: “We are taking Ms. Clout’s concerns seriously. Our pest control contractors have visited the property on numerous occasions but, unfortunately, it is taking longer than we would like to find a solution to the issue. Our contractors last visited the property on Tuesday, November 29, and Ms. Clout has been offered compensation for the delays and inconvenience caused whilst we continue to work to resolve the issues that she’s experiencing.”

Ms. Clout said Orbit did offer her a few hundred dollars compensation. It’s hardly enough to cover the money she has already put into traps and replacing furniture, though.

Are you a tenant or landlord facing an infestation? Check out these useful FAQ resources for tenants and landlords.

Are Landlords Responsible for Rats and Mice in Boston?

Apartment Living: How to Keep Pests Out

Your Rights in Mitigating a Bed Bug Infestation