Cockroaches On The Big Screen 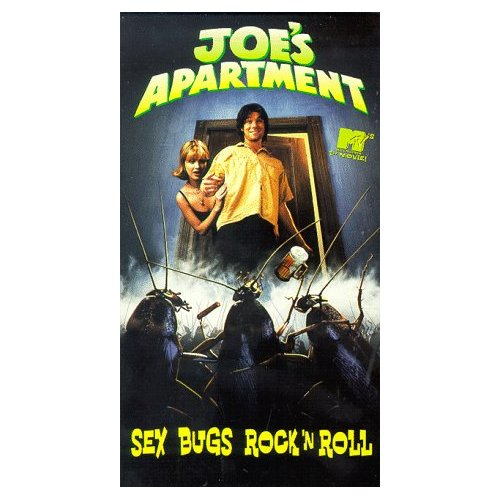 Joe’s Apartment 1996 is  an all-musical roach revue. What worked as an MTV short film does not work as a feature-length movie. Intelligent cockroaches with lives of their own may seem outré and amusing on the small screen, but are disgusting and eventually boring when we have to spend 80 long minutes with them. Scruffy Jerry O’Connell is the Iowa farm boy who moves to the Big Apple and rents a filthy, bug-infested flat. Turns out those bugs are his only friends. Also turns out that the animated vermin are a whole lot more interesting than the human cast.
Reviewed by Rochelle O’Gorman