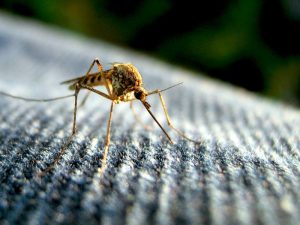 Yes. Many people are bitten by mosquitoes with no side effects except the typical itchy welt. However, mosquitoes can be vectors for many diseases. If a mosquito feeds off a diseased host, some can transmit pathogens that can infect other hosts it subsequently bites.

In the U.S., mosquitoes are known to spread West Nile virus, Eastern equine encephalitis and dengue fever. Worldwide, they also spread yellow fever, malaria and chikungunya. These illnesses do not have specific treatments. People can have varied reactions to each virus and each has been fatal in some cases.

There is heightened concern in the U.S. about chikungunya as it recently appeared in Caribbean countries. Some Americans traveling to infected areas have been diagnosed with the virus upon arriving home. There have not been any locally-transmitted cases of chikungunya in the U.S., but health officials are keeping a close watch of this virus. The best way to avoid any mosquito-borne disease is to prevent mosquito bites.