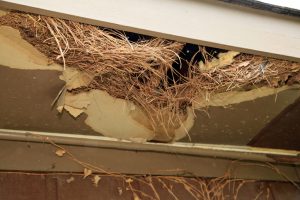 Before their offspring are born, rats build nests from any material that can be foraged from the area, including branches, grass, trash and paper. These nests are usually built in crevices, in rotting trees or in buildings.

Rats, generally, are baby-making machines. Female rats can mate around 500 times in a six-hour period and brown rats can produce up to 2,000 offspring in a year, according to Discover Magazine. Brown rats can have up to 22 young at once, though eight or nine is more the average. Tropical rats tend to only have one to six babies at once.

After a gestation period of 21 to 26 days, babies that weigh only around 6 to 8 grams (.21 to .28 ounces) are born, according to the American Fancy Rat and Mouse Association. By the age of three months, the brown rat is ready to reproduce. Rats typically live around two or three years. Most house rats — 91 to 97 percent — die within their first year of life, according to the University of Michigan.