The Plague – also known as the Black Plague, the Bubonic Plague and the Black Death. Does it still exist? Should you be worried if you see a rat, it might carry the plague? We dive into these questions and more in this part-history lesson, part-public health announcement… 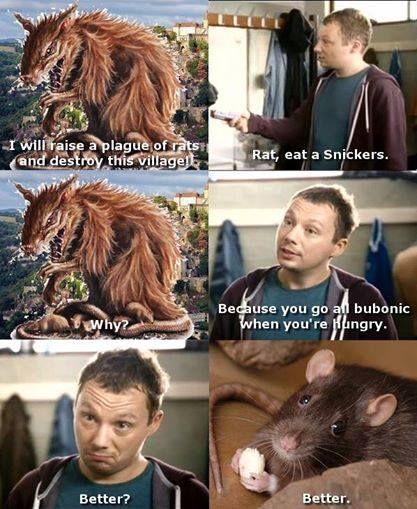 A Quick History Lesson on the Plague

Plague has resurfaced again and again throughout history. The last significant outbreak was in early 20th century California, and one of the earliest recorded was all the way back to Justinian’s Plague around 500 A.D.

One thing, though, that has remained consistent is the presence of humans, rats, and fleas.

This is the iconic plague history harpers back to whenever someone mentions the ‘plague’. Reason being, it nearly had a shot at wiping out the human species.

“It was believed to start in China in 1334, spreading along trade routes and reaching Europe via Sicilian ports in the late 1340s. The plague killed an estimated 25 million people, almost a third of the continent’s population.” – National Geographic

How did the Black Plague spread?

“Black rats were the most common at this time, and carried the bacteria called Yersinia pestis, which caused the plague. The rats then spread it to fleas that lived on their bodies. The fleas would drink the blood of infected rats, swallowing harmful bacteria. They then passed the infection onto humans by biting them.” Do rats still carry the plague?

Plague can be carried by a variety of rodents including rats, mice, squirrels, and even pets like gerbils and guinea pigs.

In fact, “In parts of the developing world, plague can sometimes occur in urban areas with dense rat infestations. The last urban outbreak of rat-associated plague in the United States occurred in Los Angeles in 1924-1925.” – CDC. This means areas like Boston, Manchester, and Providence are all hypothetical candidates. “Presently, human plague infections continue to occur in rural areas in the western United States” among other areas. – CDC

It is thought to be spread by flea bites traveling from rodent to human, but it can be transmitted through fluids as well. This is why sanitization and disinfection are key to safe pest control because rats can easily track and spread diseases through human dwellings.

What is the plague, anyway?

It is caused by the bacterium, Yersinia pestis. Humans usually get plague after being bitten by a rodent flea that is carrying the plague bacterium or by handling an animal infected with plague. Plague is infamous for killing millions of people in Europe during the Middle Ages. Today, modern antibiotics are effective in treating plague. Without prompt treatment, the disease can cause serious illness or death. – CDC

The most common sign of bubonic plague is the rapid development of a swollen and painful lymph gland called a bubo. A known flea bite or the presence of a bubo may help a doctor to consider plague as a cause of the illness.

Septicemic plague – Includes “fever, chills, extreme weakness, abdominal pain, shock, and possibly bleeding into the skin and other organs. Skin and other tissues may turn black and die, especially on fingers, toes, and the nose.” – CDC

Pneumonic plague – Includes “fever, headache, weakness, and a rapidly developing pneumonia with shortness of breath, chest pain, cough, and sometimes bloody or watery mucous. Pneumonic plague may develop from inhaling infectious droplets or may develop from untreated bubonic or septicemic plague after the bacteria spread to the lungs.” Symptoms develop in 1 to 3 days. – CDC

If you are experiencing symptoms like those listed here, seek immediate medical attention. Prompt treatment with the correct medications is critical to prevent complications or death.

Plague is a very serious illness, but is treatable with commonly available antibiotics. The earlier a patient seeks medical care and receives treatment that is appropriate for plague, the better their chances are of a full recovery.

“Unlike in the 14th century, we now have an understanding of how this disease is transmitted,” Dr. Shanthi Kappagoda, an infectious disease physician at Stanford Health Care, told Healthline in an interview last year. “We know how to prevent it — avoid handling sick or dead animals in areas where there is transmission,” she said. “We are also able to treat patients who are infected with effective antibiotics, and can give antibiotics to people who may have been exposed to the bacteria [and] prevent them [from] getting sick.” – Healthline

The plague isn’t so big and bad as it used to be. In the United States today, there are rarely more than 5 deaths to report per year. Because the plague can be effectively treated with antibiotics, the very few that are infected are treated within just one-two weeks.

That doesn’t mean rats come without dangers to your health, though. If you’ve seen rats in your home or the presence of rats, you and your family could still be at risk. Rats host over 35 other known diseases that aren’t as lost to history. Read our blog titled Infectious Diseases & Viruses | CDC: “rodents pose health risks” here to get informed and what you need to do to stay safe.

Spoiler Alert: Professional Pest Control is Your Best & Only Solution to Stay Safe

Rat infestations cannot and should not be handled alone. To be gone with rodents for good requires licensed pest control technicians and ongoing treatment and prevention. Don’t wait before it gets worse! Get pest free.