The late summer and early fall are popular times to spend outdoors at barbecues or completing home maintenance projects. It is also the season that stinging insects – including yellow jackets, wasps and bees are most active and aggressive, leading to an increased number of stings. The National Pest Management Association reports that more than 500,000 people are sent to the emergency room every year due to insect stings, and reminds people to take caution to protect themselves this season. 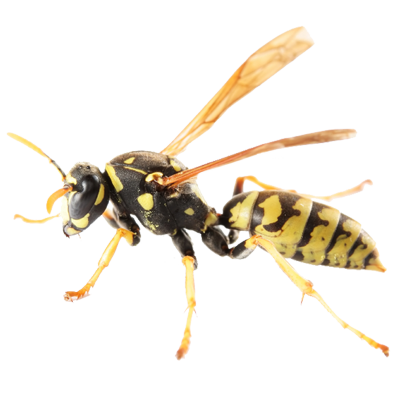 By the late summer, stinging insects colonies can contain upwards of 4,000 members. Most species are busy preparing their queen for the winter ahead, and therefore are more aggressive than earlier in the season.

One of the most common stinging insects is the yellow jacket, which build nests on tress and buildings as well as in the ground. Yellow jackets can sting several times, although they not normally aggressive unless their nest is threatened. Wasps, however, are known for their unprovoked aggression. They commonly nest on ceiling beams in attics, garages and sheds. Africanized “killer” bees are often confused with honeybees, but their venom is more dangerous and the species is known for attacking in large numbers if their nest is threatened. They can nest in strange places such as tires and empty cars.

Call A1 Exterminators at 800-525-4825 if you find a nest on your property or suspect an infestation.