↓ Skip to Main Content
Home › Insects › Why mosquitoes are considered a dangerous pest?

Why mosquitoes are considered a dangerous pest? 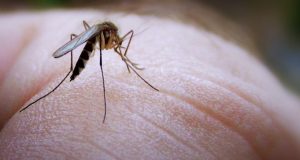 Mosquitoes are vectors of numerous diseases and are often described as one of the deadliest animals on earth. Some of the most common and well-known diseases transmitted by mosquitoes include Zika, West Nile virus, malaria, dengue and equine encephalitis (EEE). According to the World Health Organization (WHO), mosquito bites result in the death of more than 1 million people every year — the majority of these deaths are attributed to malaria and not in the United States.