↓ Skip to Main Content
Home › Insects › What is an American Dog Tick?

What is an American Dog Tick? 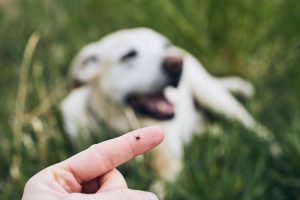 Also known as the wood tick, the American dog tick gets its name from the fact that adult ticks prefer to feed on domestic dogs, coupled with the tick species being found only in North America. The American dog tick is a member of the hard tick family, meaning that it possesses a hard exterior shield. American dog ticks are known to harbor bacteria responsible for causing diseases in humans such as Rocky Mountain spotted fever, which is spread when they suck blood from their host. Exposure to these ticks is most likely to occur during spring and early summer.