What are Black Widow Spiders? 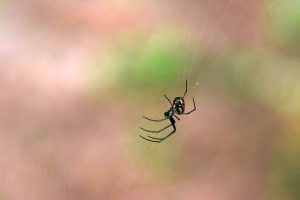 Black widow spiders get their common name from the popular belief that the female eats the male after mating, a phenomenon which rarely happens in nature. These spiders can be found worldwide with five species established in the United States and are most recognized for the red hourglass shape on the underside of their abdomen. Although fatalities are rare, the black widow’s venom is reported to be 15 times stronger than a rattlesnake’s and can cause muscle aches and nausea, as well as make breathing difficult.

Previous/Next
Tagged with: spiders, What are Black Widow Spiders?