Typically ticks start coming out in early May, however there have been reports of people having tick bites in late April. This means, ticks are going to be thriving during the summer months.

The late snowfall can be some of the reason that the ticks are being protected from the unseasonable cold spring we had. Beneath the snow, ticks aren’t exposed to wind and other adverse weather conditions, and the temperature is much more stable throughout the day and night than at the surface.

The weather for the rest of spring and summer can play a large role in what happens to tick numbers. For example, an extended drought this summer could significantly reduce tick populations. 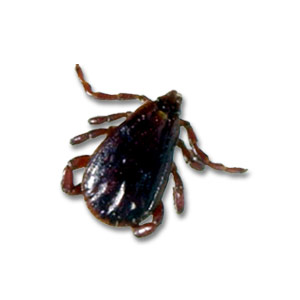 Think you’re safe from tick bites —and the diseases they carry — because you’re not planning on camping or hiking anytime soon? Think again. People are building homes closer to wooded areas where ticks generally live, but they also attach to host animals like mice, rats, deer, and birds.

Ticks are not highly mobile on their own. Instead of actively seeking hosts, ticks will engage in a behavior called questing in which they climb up to the top of a blade of grass or leaf and wait for an animal (or person) to brush by. When this happens they will grab on.

These rodents and small mammals then make it onto the streets of urban areas, increasing the chances that one could eventually find and bite you.

That’s the concern: Ticks spread a number of diseases that can cause serious problems in the body. One of the most well known is Lyme disease, which is carried by deer ticks and can cause chronic autoimmune problems if left untreated. Researchers in Connecticut have also found Powassan in area black-legged deer ticks. Though the virus is rare, Powassan can lead to encephalitis, an infection of the brain that causes swelling and extreme inflammation, along with meningitis. Then there’s Babesia, an illness caused by a malaria-like parasite transmitted by infected black-legged deer ticks that can cause extreme sweating, muscle aches, migraines, fatigue, and nausea.

If you think you may have a tick infestation on your property, contact A1 Exterminators for a complete inspection.