↓ Skip to Main Content
Home › Rats › The Size of Rats

The Size of Rats 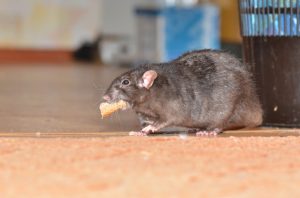 According to the Integrated Taxonomic Information System (ITIS) there are more than 60 species of rat, which means they come in all sizes. They are typically 5 inches (12 centimeters), or longer, according to Encyclopedia Britannica. The largest species is the Bosavi woolly rat, which was discovered in 2009 in the rainforest of Papua New Guinea (and doesn’t have a scientific name yet). It is about the size of a cat — 32.2 inches (82 cm) from nose to tail and weighs around 3.3 lbs. (1.5 kilograms), according to CNN. One of the smallest rats is Osgood’s Vietnamese rat. It is typically 5 to 7 inches (12 to 17 cm) long.

According to the Australian Broadcasting Corp., male rats are called bucks; females are does. Infants are called pups or kittens. A group of rats is called a mischief.

Previous/Next
Tagged with: The Size of Rats