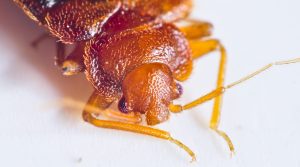 Ants are painful, cockroaches are unsanitary, but bedbugs are just plain gross. That’s reason enough to want to rid your home of them.

They were almost exterminated from North America years ago because of insecticides that we no longer use. But because of new insect treatments that don’t affect bedbugs, as well as frequent travel and lack of public awareness, bedbugs have resurfaced and continue to spread, according to the University of Minnesota Extension.

The tiny insects don’t transmit disease, but they feed on humans and animals, making their homes where people spend much of their time sleeping, resting or sitting. They’re mostly active at night and hide during the day.

The first step is to see if you have a bedbug infestation. Once you know if they’ve invaded your home, then the battle begins.