↓ Skip to Main Content
Home › Insects › Getting Rid Of Bugs, Try Eating Them??

Getting Rid Of Bugs, Try Eating Them??

Gross or great? Unexpected delicacies from around the world 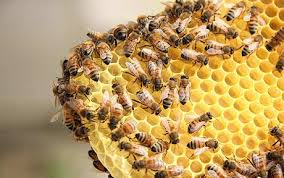 In the field of adventurous eating, those seeking flavor-packed thrills are often ready and willing to sample the world’s most exotic cultural delicacies and outrageous ingredients.
However, there are some foods out there that push those with even the most fearless palates to the outer limits of their culinary comfort zones. Considered delicacies in some parts of the world, these dishes prey on the phobias of the squeamish and even make some courageous eaters cringe.
Teriyaki Cockroaches
Hissing cockroaches are one of the the largest species of cockroach, and sometimes can grow as large as 7.5 centimeters. At the Gene Rurka Farm in New Jersey, these crawling critters are injected with honey and soy sauce, fried, and served as a crunchy treat.
Chapulines
Chapulines, or grasshoppers, elevate bug-eating to a gourmet delicacy. Eaten predominantly in the Oaxaca region of Mexico, chapulines are high in nutrients and provide a cheap source of protein. Classic chapuline recipes incorporate tortillas, chile, garlic, and lime juice.
Chapulines must be thoroughly cooked before consumption, as they sometimes carry nematodes that can infest the human body. Buy these crunchy critters at the Benito Juarez Market
Fried Tarantula
A delicacy of Cambodia, fried tarantulas are consumed primarily in towns such as Skuon, where they are sold in stalls at food markets. Crispy tarantulas with lime and kampot black pepper dip is served at Friends in Phnom Penh.
Locals began eating the eight-legged creatures in order to stave off famine during the reign of Khmer Rouge in the 1970s. These edible spiders are fried in oil and contain gooey insides with a crunchy exterior.
Squirrel Brains
Squirrel brains are a regional delicacy in Appalachian regions in Kentucky. Popular recipes include scrambling squirrel brains with eggs or including the meat in a stew known as burgoo.
In recent years, however, doctors have warned against squirrel consumption because of the possibility that squirrels carry a variant of fatal mad cow disease.