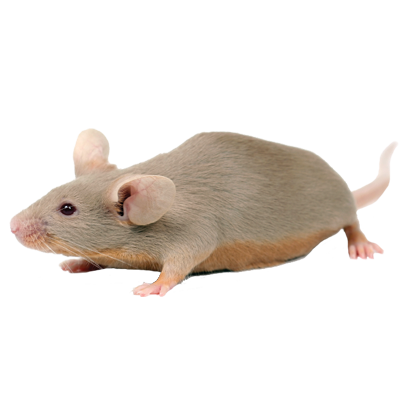 Belonging to the rodent family, these little pests are some of the most harmful. They are small rodents typically grey or brown in color. They have long tails and large ears, and they are usually no more than a few inches long. The best known mouse species is the common house mouse (Mus musculus). The American white-footed mouse (Peromyscus leucopus) and the deer mouse (Peromyscus maniculatus) are less common but are also known to cause infestations. The original motivation for the domestication of cats is thought to have been for their predation of mice and their relatives, the rats.

What diseases do mice carry?

These pests will contaminate surfaces and food sources within homes, causing a range of health concerns. For instance, hantavirus is a particular threat associated with particular rodents such as deer mice, with infection occurring when mouse droppings, urine and saliva are disturbed and particles are inhaled. Additionally, humans who consume contaminated food risk contracting mouse-borne diseases such as salmonellosis. In domestic environments, food contamination is often less obvious and foods are consumed unknowingly.

What kind of damage can mice cause?

They may appear harmless, but they’ll cause significant damage to personal property and even buildings if they find a way inside. They’ll chew through electrical wiring, insulation, and other materials, leading to costly repairs that easily run into thousands of dollars. In commercial settings, these rodents are capable of causing significant damage to machinery, equipment, and food, rendering it unfit for consumption. Such damage leads to major losses in commercial operations.

How fast do they reproduce?

What kinds of food do mice prefer to eat?

Contrary to cartoons, they don’t like cheese nearly as much as foods rich in carbohydrates. These pests are most attracted to grains, fruits and seeds but will eat almost anything. They can cause damage to crops and domestic gardens, and will commonly rummage through trashcans and disturb household items in their search for food. In times of starvation, they have even been known to exhibit cannibalistic behavior.

What are the signs of a mouse infestation?

House mouse nests will have different appearances, depending on where they build their home. Some nests are be dome-shaped with materials leading into a corner of the wall. Others appear as circular piles of debris around and inside boxes, dressers and other storage spaces. Mouse nests are also found in walls, drawers, shoeboxes, storage boxes and under cabinets.

You can usually tell when they’re around by the tracks they leave behind. If you see dusty or muddy paw prints that are less than half an inch long, with four toes on the front feet and five on the back, running in parallel lines, it’s likely a mouse. Often you’ll also see drag marks from their tails. These impressions are more obvious when you find mouse tracks in snow, dust, or dirt.

If you’re hearing squeaks at night and smell urine in poorly ventilated areas, you most likely have an infestation. The noise they make most frequently is a high-pitched squeak, but it can change in pitch and frequency depending on what they’re trying to communicate. For example, their squeaks are faster during mating and louder when they find food.

Familiar with the signs? Learn more about A1 Rodent Control here.