A group of researchers from the U.S. and Australia have announced the completely unexpected discovery of two exotic fruit flies in urban Los Angeles in a paper appearing in the journal PLOS ONE. The species were not previously known to exist in the U.S. 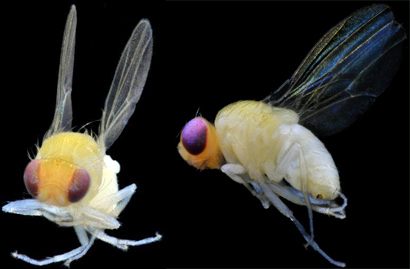