Myths And Facts About Ladybugs 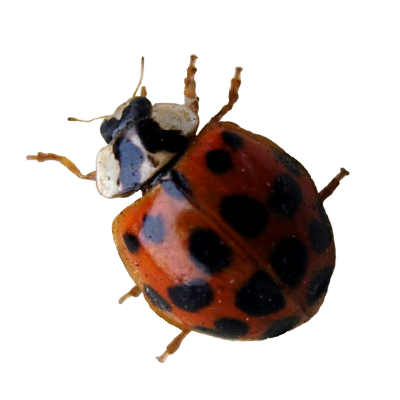 • Age: The spots on a ladybugs back do not tell the age of a ladybug. A ladybug generally only lives 1 year and the spots are with them from birth.
• Reproduction: They reproduce in the spring not winter, it is believed they reproduce in the walls of your home during the winter, this is not true, during the winter if you find them in your home, they are in a dormant stage.
• Luck: Not that a ladybug brings bad luck but it also does not bring good, it is believed in many countries that ladybugs bring all sorts of good luck.
• Stork: In Switzerland children are told they are brought to their parents by a ladybug.
• Married: If a ladybug falls on a woman’s hand it is believed she will be married in a year, and if a man and woman see a ladybug at the same time they will fall in love.

• Home: Ladybugs do not build their own homes, the live where insect pest populations are high, like crop fields, gardens and trees.
• Beneficial: They feed on other soft bodies insects that feed on plants, a ladybug can eat as many as 50 a day, protecting plant life.
• Poisonous: No, they are not poisonous to humans, however they can have a toxic effect on some animals. They have a foul odor which protects them from predators who may want to eat them.
• Food: Ladybugs eat soft bodied insects that suck juice out of plants, they do not eat fabric, plants, paper or any household items.

• Yellow Stuff: The yellow stuff is blood, they use it to protect themselves from other insects. It has a bad odor and stains so you don’t want it in your house.
• Name: The name ladybug was founded in Europe during the Middle Ages. Insects were destroying crops so the Catholic farmers prayed to the Virgin Mary for help, soon the ladybugs came and ate the plant-destroying pests and saved the crops. The farmers began calling the ladybugs “The Beetles of Our Lady” and they eventually became known as “Lady Beetles”. The red wings represented the Virgin’s cloak and the black spots represented her joys and sorrows.