More ant facts you may not of known 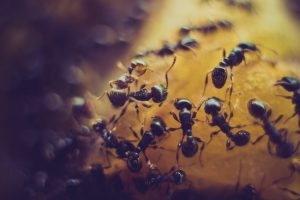 Ants are one of the most successful groups of insects. They are social insects that live in colonies which are usually located in the ground, but they may enter buildings for shelter and/or food. Ants feed on practically every kind of food, but those entering homes are looking for sweets and/or protein-containing substances. About 700 species of ants occur in the United States and Canada. Of these, only about 25 species commonly infest homes. The biology and habits of each ant species are different, so a detailed knowledge of these for each species is necessary for effective control.