Increase In Spiders During Winter Months

Spiders aren’t a seasonal pest, but many homeowners tend to notice an increased presence in their homes in the early fall months as the arachnids become more obvious while they search for a mate. Even though most spider species in the United States don’t pose health risks to humans, most people aren’t comfortable with any species sharing their living space. A1 Exterminators reminds homeowners that the best way to prevent spider infestations is to remove sites that are inviting to spiders within their homes. 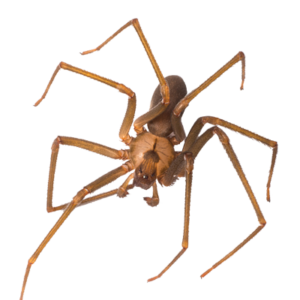 “Spiders seek out secluded, undisturbed areas where they can build a web to catch their next meal, which means attics, basements and seldom used closets could be harboring these pests. Spiders can also crawl into homes through damaged window screens or cracks in the siding, meaning homeowners should conduct periodic checks of these areas to reduce spider problems,” said Gary Weisberg, Owner, A1 Exterminators.

“It’s important to note that the black widow and brown recluse spiders are two species found in the United States that do pose health risks to humans when disturbed or feeling threatened,” added Weisberg.

According to the National Pest Management Association, the brown recluse spider typically does not bite humans unless threatened, but their bites can be painful and result in open sores. Measuring about a half inch with a dark brown violin marking on its back, brown recluse spiders build their webs in warm, dry and dark environments, notably basements and closets. Similarly, black widow spiders do not bite humans instinctively. However, when they do bite, they can cause extremely painful bites, especially for children and the elderly. Recognized for its red hourglass shape under the abdomen, these spiders spin their webs close to the ground and are most often found in woodpiles and undisturbed areas.
A1 Exterminators offers the following tips to help prevent contact with spiders:

For more information on spiders, please visit www.a1exterminators.com to speak to one of our pest control specialists.