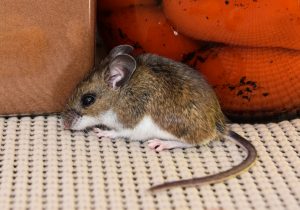 House mice are very social. They organize themselves in social hierarchies with one male dominating lower-ranking males and a large number of females in a given territory. Mature male mice are socially compatible with related mice, but they are hostile and aggressive towards strangers. The size of a house mouse’s territory varies, but it is frequently no larger than 4-5 feet. The size of the territory varies based on the availability of food and water. They are excellent climbers and can jump up to a foot high; however, they are colorblind and cannot see clearly beyond six inches.

House mice nibble, eating only small amounts of food at a time. They generally feed at dusk and before dawn, but they may also opt to eat smaller meals in between.