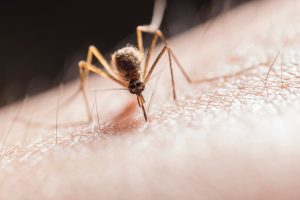 What is Eastern Equine Encephalitis?
Eastern equine encephalitis (EEE) is a rare but serious disease caused by a virus.

How is the EEE virus spread?
The virus that causes EEE is spread through the bite of an infected mosquito. In Massachusetts, the virus is most often identified in mosquitoes found in and around freshwater, hardwood swamps. More information about different types of mosquitoes that can spread the virus can be found on the Mosquito-borne Diseases website.

How common is EEE in Massachusetts?
EEE is a very rare disease. Since the virus was first identified in Massachusetts in 1938, fewer than 100 cases have occurred. Over 60% of those cases have been from Plymouth and Norfolk counties.

Outbreaks of EEE usually occur in Massachusetts every 10-20 years. These outbreaks will typically last two to three years. The most recent outbreak of EEE in Massachusetts began in 2010 and included nine cases with four fatalities through 2012.

What are the symptoms of EEE?
The first symptoms of EEE are fever (often 103º to 106ºF), stiff neck, headache, and lack of energy. These symptoms show up three to ten days after a bite from an infected mosquito. Inflammation and swelling of the brain, called encephalitis, is the most dangerous and frequent serious complication. The disease gets worse quickly and some patients may go into a coma within a week.

What is the treatment for EEE?
There is no treatment for EEE. In Massachusetts, about half of the people identified with EEE died from the infection. People who survive this disease will often be permanently disabled. Few people recover completely.