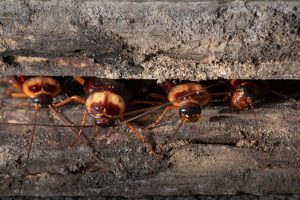 Most people think cockroaches are disgusting. And if you’ve ever turned on a kitchen light, to find them skittering for dark corners, you probably agree (reference: my first apartment). But of the thousands of species out there, only a few can be considered pests.

There are well over 4,000 described (i.e., named) species of cockroach around the world, with some experts estimating that there are another 5,000 species that have yet to be classified by taxonomists. Their classification is actually a point of contention – and I won’t take a position on which suborder they’re in, or how many families they consist of.

An estimated 60 to 70 species can be found in the continental United States (depending on who you ask), but most people are likely to interact with no more than a dozen of them – depending on where you live.