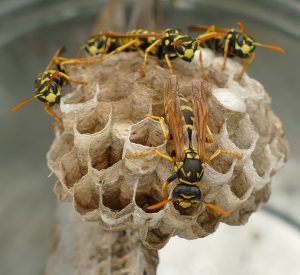 Bee stings are a common outdoor nuisance. In most cases, bee stings are just annoying, and home treatment is all that’s necessary to ease the pain of bee stings. But if you’re allergic to bee stings or you get stung numerous times, you may have a more-serious reaction that requires emergency treatment.

You can take several steps to avoid bee stings — as well as hornet and wasp stings — and find out how to treat them if you do get stung.

Bee stings can produce different reactions, ranging from temporary pain and discomfort to a severe allergic reaction. Having one type of reaction doesn’t mean you’ll always have the same reaction every time you’re stung, or that the next reaction will necessarily be more severe.

Most of the time, bee sting symptoms are minor and include:

In most people, the swelling and pain go away within a few hours.

Some people who get stung by a bee or other insect have a bit stronger reaction, with signs and symptoms such as:

A severe allergic reaction (anaphylaxis) to bee stings is potentially life-threatening and requires emergency treatment. A small percentage of people who are stung by a bee or other insect quickly develop anaphylaxis. Signs and symptoms of anaphylaxis include:

People who have a severe allergic reaction to a bee sting have a 30 to 60 percent chance of anaphylaxis the next time they’re stung. Talk to your doctor or an allergy specialist about prevention measures such as immunotherapy (“allergy shots”) to avoid a similar reaction in case you get stung again.

Generally, insects such as bees and wasps aren’t aggressive and only sting in self-defense. In most cases, this results in one or perhaps a few stings. In some cases a person will disrupt a hive or swarm of bees and get multiple stings. Some types of bees — such as Africanized honeybees — are more likely than are other bees to swarm, stinging in a group.

If you get stung more than a dozen times, the accumulation of venom may induce a toxic reaction and make you feel quite sick. Signs and symptoms include:

Multiple stings can be a medical emergency in children, older adults, and people who have heart or breathing problems.

When to see a doctor

In most cases, bee stings don’t require a visit to your doctor. In more-severe cases, you’ll need immediate care.

Call 911 or other emergency services if you’re having a serious reaction to a bee sting that suggests anaphylaxis, even if it’s just one or two signs or symptoms. If you were prescribed an emergency epinephrine autoinjector (EpiPen, Auvi-Q, others), use it right away as your doctor directed.

Seek prompt medical care if you’ve been swarmed by bees and have multiple stings.

Make an appointment to see your doctor if: