Bed Bugs Can Be Anywhere

Paul Standerwick was on his way to Boston for a family holiday with his wife Maribel and two children Frankie, five, and two-year-old Hector.
But, frustrated after a 24-hour delay, when they finally got in the air things got even worse.
Mr. Standerwick, 36, told the Mirror Online: “It sounds unbelievable – so much went wrong.
“After being forced to sit on a plane with no air conditioning for two hours on the hottest day of the year, we were sent back to the gate for another few hours. 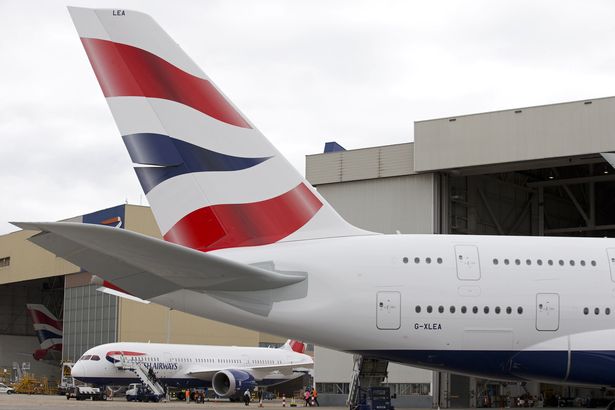 “Then we were told to go home because there would be no flight that night.
“When we finally did get on the plane the next day, a few hours into the flight someone tapped me on the shoulder and said: ‘Just so you know – the people in those seats were moved because of bed bugs’.
Apparently they had caught one and given it to the cabin crew for testing.
Paul Standerwick said “By the time we got to the hotel I had bites on my back, my shoulder, my legs – everywhere. It was a really bad experience.”
“Now I am left with scarring – I’m disgusted by it to be honest.
Mr Standerwick, a financial advisor from Sutton, south London, says he has been offered a £50 voucher by way of compensation.
He said: It’s the principle.
“I know mistakes happen but you expect a premium service from British Airways – and they haven’t even apologised.”
A British Airways spokesman said: We have said sorry to our customers for their experience and appreciate it must have been upsetting.
We work hard to provide the best possible experience for customers on our flights and we’re sorry that on this occasion we haven’t met our customer’s expectations. Our customer relations has been in contact with the Standerwick family and have offered a gesture of goodwill.