Stories like this one out of New Jersey can happen anywhere. If you have a rental property, contact us for a full inspection of your building or property.
People living in budget apartment buildings across northern New Jersey are likely to have bed bugs and not even know about it, a new study finds. A team from Rutgers University found that one in eight low-income apartments had bedbugs, and half the time the residents didn’t even know it.
But the researchers said an in-person inspection can efficiently and cheaply find the bugs so that owners and landlords can do something about them. Untreated, bedbugs spread fast.
Left to their own devices, residents either used ineffective methods to deal with the bedbugs or just moved out, according to the the team, led by Changlu Wang at Rutgers. 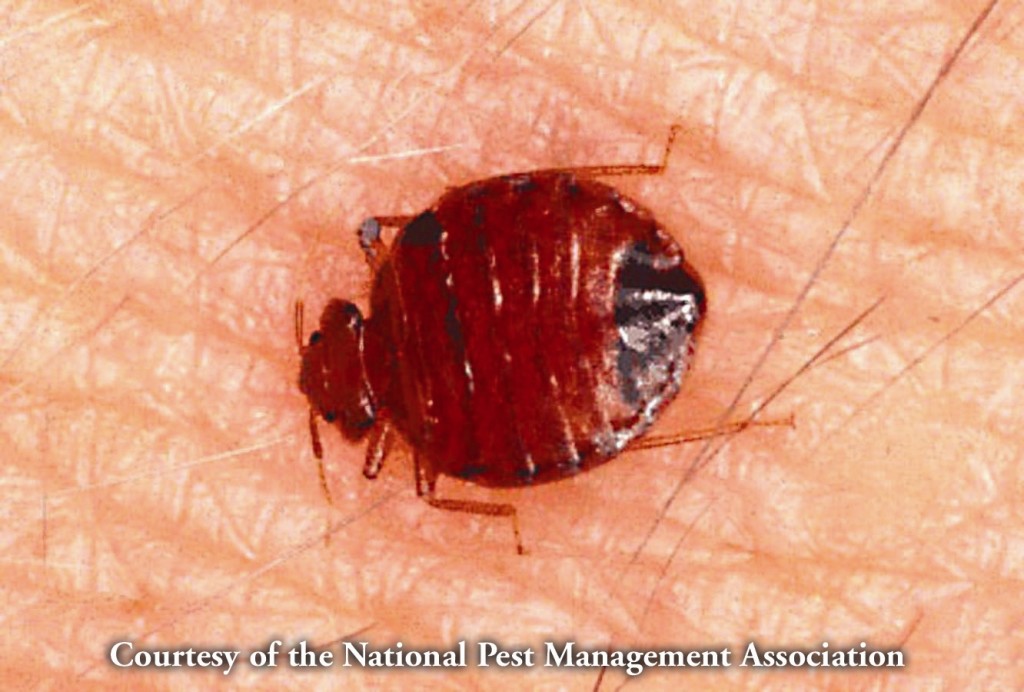 They inspected more than 2,300 low-income apartments in Bayonne, Hackensack, Irvington, and Paterson.
“Infestation rates ranged from 3.8 to 29.5 percent among the buildings, with an overall infestation rate of 12.3 percent,” they wrote in the Journal of Medical Entomology.
“Within each apartment, the bed area trapped significantly more bedbugs per trap than the sofa (or upholstered chair.)”
Half the residents who had bedbugs didn’t even know, the team reported.
Those who tried to do something about it often did the wrong thing. “The majority of the residents (59 percent) who experienced bedbugs applied insecticides themselves in spite of the availability of professional pest control service contracted by the housing authorities,” the team wrote.
“The vast majority of the residents who applied insecticides used pyrethroids, household products, and essential oils. These products are largely ineffective for controlling bedbugs,” they added.
Although frequently washing bedding in hot water can help, a third of the residents didn’t do this, the team found.
And many didn’t notice the bites, either.
“Overall, 68 percent of the residents reported symptoms and 32 percent did not report symptoms after being bitten,” the team wrote. That’s because the insects inject an anesthetic when they bite.
“Among those with self-reported symptoms, the symptoms and their frequency were: pain 90 percent, itchiness 20 percent, welts 13 percent and insomnia 8 percent.”
Bedbugs became rare at the end of the last century, but they’ve been coming back as people travel more and forget about the pests.
“The trajectory of the bedbug infestation history in four cities suggests that bedbugs started to show up in residential buildings in the early 2000s, confirming earlier reports about the recent bedbug resurgence,” Wang’s team wrote.
“The bedbug management contracts in the four low-income communities were not effective in bedbug elimination. Overall, results suggest an urgent need to suppress bedbug infestations in these communities and reduce further bedbug dispersal among communities.”
The good news is that the inspection system the team devised is cheap and good at finding the bugs.
“Assuming (a) $50 per hour labor rate, the average per apartment cost for the building-wide bed 25 bug monitoring protocol was $12 per apartment,” they wrote.
Bedbugs are tiny, hide in cracks, and can go weeks without feeding, according to the Centers for Disease Control and Prevention. They do not carry disease, but people can have allergic reactions to them and their bites can be annoying.