↓ Skip to Main Content
Home › Insects › Bees, Hornets & Wasps › There Are About 20 Hornet Species, And Yes, Hornets Are Wasps

There Are About 20 Hornet Species, And Yes, Hornets Are Wasps 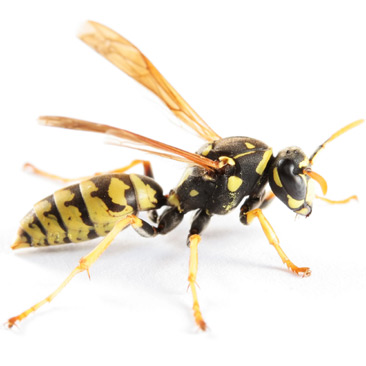 Hornets are wasps of the genusVespa, closely related to (and resembling) yellow jackets. There are about 20 hornet species. Most live in tropical Asia, but the insects are also found in Europe, Africa, and North America, where the European hornet was introduced by humans.
These social insects construct hives by chewing wood into a papery construction pulp. They mature from egg to adult inside the community hive.
Queens dominate hornet hives and are the only females to reproduce. Most other hornets are asexual female workers that perform essential community duties such as building the hive, gathering food, feeding the young, and protecting the colony. Males are few and they have only one real role—mating with the queen. Males typically die soon after their sexual task is complete.
In colder climes, hornet nests are abandoned in winter and only new, young queens (and their eggs) survive the season by finding protected areas under tree bark or even inside human dwellings. In the spring, such a queen will begin a new nest, and soon her young will become workers and take over the chores of the new hive—leaving the queen to tend to reproduction. She will produce more workers to expand the hive and then, before she dies, yield a breeding generation of new queens and males (drones) to restart the cycle of life.
These insects eat some tree sap but they are also accomplished predators. A hornet hive will eliminate many flies, bees, and other insects.
Workers defend their hive with potent stingers. Though these insects do not sting humans unless provoked, some people are allergic to their venom and can have very dangerous reactions to a sting.
Hornets are often considered pests, particularly when they nest near humans, because they will defend a nest aggressively if they feel it is threatened. Though many people fear their sting, hornets usually get the worst of such encounters when their nests are poisoned or destroyed. In some areas, such as Germany, they are granted protection to preserve their role in the ecosystem.